Thanks for the heads up, Michael!

+Nicole Engard Did you know the kindle version of your book is free right now?

Not sure if I missed this being posted around LibraryLand while I was away last week, but if you missed it, jump on this one quick! 50GB of free storage from box.net just for using the iOS Box app.

iPad and iPhone Users Get 50 GB FREE. Get Your #Box50GB Now!

I've been a little quiet online over the last week, but it's because I've been doing awesome family stuff. Was at Disney World in Orlando all last week, and had a complete blast…just the best time. Eliza was a trooper, and we all had a great time. We're all still recovering, though, so I'll be adding photos to this set slowly over the next few days. 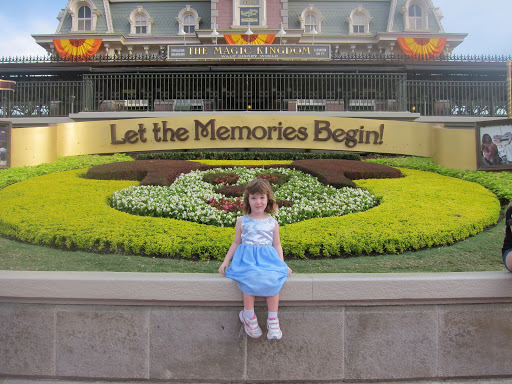 The sci-fi future really is here now. Between Siri on the iPhone and Translate on Android phones, speech recognition has come a long way in the last few years. Everyone in the information industries, including libraries, should be paying close attention to this stuff.

New iPhone4Ses (man that's a horrible plural) should arrive tomorrow, and I'm very excited to play with Siri. Given that I spend 2 hours a day in the car, it may literally change the quality of my life. Or at least make it easier for me not to die while driving.

Also very excited about the new camera…if they get delivered tomorrow, Betsy and I will be hauling them to Disney World with us on Saturday to really give them a workout next week. Expect lots of Eliza photos.

New Comscore numbers out, and as expected the iPad is the vast majority of online traffic for tablets:

" In August 2011, iPads delivered 97.2 percent of all tablet traffic in the U.S. iPads have also begun to account for a higher share of Internet traffic than iPhones (46.8 percent vs. 42.6 percent of all iOS device traffic)."

Going to try a bit of an experiment, using +Daniel Treadwell's WordPress plugin. I'm going to write here, using the Google+ tools and such, and then let it cross-post to my blog…effectively, going to try using Google+ as my blogging engine for a bit.

We'll see how this goes. Would love feedback if you have any.

Wish the light had been better, but for a from-the-hip shot with no real prep, I like it.

Here's a much better take on my G+ post from last week re: people complaining about Apple. +Harry McCracken says it better than I did:

"If you think people who use Apple products are prisoners, you’re essentially accusing them of being too stupid to make their own decisions. At least Stallman explicitly calls them fools! Raymond, with his pretty-window-treatment metaphor, apparently thinks Apple users are style-obsessed fetishists, too dim to make the right purchasing decisions. "

A Strange Sort of Prison, a Strange Sort of Freedom
Free software advocate and GNU creator Richard Stallman has blogged that he's glad Steve Jobs is gone. That's, um, gauche. But it's not why I bring up his post. He also calls Jobs "the pioneer of the …